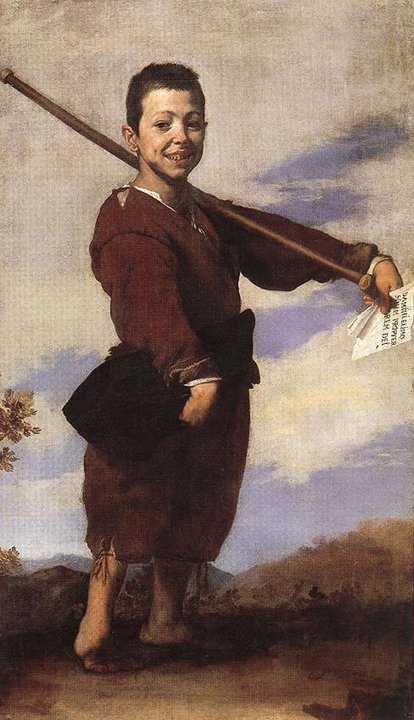 So I’m doing some research on my disability for my book (I’m 49 years old, it’s about time I learned a bit about myself!), and I find that folks with Arthrogryposis (my disability) frequently have a club foot (I had 2, which required surgeries as an infant, at 7 and at 9 to ‘fix’). Then I stumble across this painting of a boy called “The Club Foot” by Jusepe de Ribera (who?!). All the writeups about the painting focus on his feet, and how cruel it is to make a painting of a beggar (the paper in his hands is asking for alms for the poor). All I see is that his arms ARE JUST LIKE MINE! The kid has more than a club foot…he’s got Arthrogryposis! I can’t begin to describe what I feel about seeing this painting from 1642 (1642 for chrissake! they killed kids with disabilities at birth back then!), looking like he’s on top of the world. I mean, look at his smile (besides the fact that his teeth are rotting…it was 1642 after all!). The painting is in the Louvre…how cool is that? 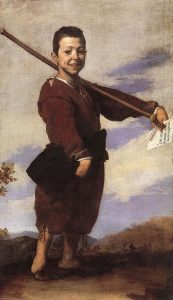 At first I thought the stick was just a walking stick, but then I reconsidered. If the stick had a weight on the back end, he could be using that to counter-balance and raise his arm in front of him (something I can’t do). Brilliant! Learning from a 370+ year-old painting!